I get asked a lot what I mean by “kinky”.

So I thought I’d go through and explain how I first got into the lifestyle and what it’s meant for me.

So google tells me this…

Yet why does kinky have to do with sexual behaviour? For me it encompasses a whole range of other things that have nothing to do with sex.

But I’m getting ahead of myself. How did I discover this lifestyle?

Well I had a computer back in the day when the only chat rooms available were either IRC or yahoo, I think we’re talking circa 1999. I was spending a night online chatting to my regular people instead of studying and a girlfriend I’d been talking to advised me that she thought I was submissive. Say what?

I had no idea what she meant. Submissive? What do you mean? I asked. She linked me to a website that propelled my interest and my imagination. It was called Black Rose or something similar and it had articles from A – Z about kink. It was the greatest resource. These days I guess FetLife takes over that role, although I see it as more of a facebook for kinky people than anything else.

So after reading for a night I started to see her point. At age 22 I was shy, I’d had some childhood trauma, I’d been bullied through high school for being gay, I’d just discovered that I was no longer gay and broke up with said boyfriend so I was living at home with a mother who didn’t like letting me out of the house at night. I started to go into chat rooms that were labelled BDSM. I started to talk to people. I started to understand the lingo, the slash speak and the various protocols that were applied in this lifestyle that I was starting to be beholden to. It was like a whole new world opened up to me and I had my rose-tinted glasses firmly in place.

I met someone online who was my first foray into a D/s relationship… but I also think he deserves his own post because it’s pretty funny.

I went out into the scene not long after I broke up with that guy and sent him home. My first night out I went to a local munch that was being held in a pub in the city prior to the Hellfire Club.

I meet my best friend there, Jay, who I still talk to adore to this day. We went to Hellfire after the munch where I was asked by Master Tom if I’d like to do a show with him. On stage. In front of everyone. Me, who’s never done anything S&M before.

So up I went. I learnt that I had an exhibitionist streak a mile wide. I learned that I actually liked being flogged, spanked and having pegs whipped off my breasts. I loved the rush of the pain and I loved the rush I was getting fed from the crowd watching me.

And that… was really the end of that. I went back weekly to Hellfire to do shows with Master Tom and eventually with Ultra as well. This is the start of our friendship and our Hellfire Urban Family. These guys are not related to me by blood, but I’ve bled for them. They’ve seen me at my worst, they’ve fed me lines while I sat in their spa naked and wailed about how fucked men are… I’ve rolled around naked on their astro turf high as a kite exclaiming how getting head whilst trashed on astro turf is the best thing ever while they laid near by giggling at me. And they’ve seen me when I’ve been at my happiest. They have a picture of me topless under a no limits sign in Darwin. We’ve all been through the wringer together and for that I love them dearly and wouldn’t replace them for the world. With anyone. And for all that, they still support me 150% in everything that I do, even when it’s a stupid move.

My urban kinky family are made of win.

And this lifestyle – as much as people don’t understand it, has given me insights into myself that I don’t think I could have come to without it. 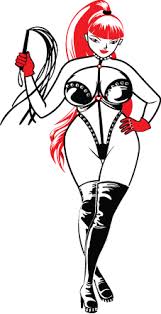 Damaged goods don't always have to be broken

Welcome to Australia, you don’t need that brain do you? Love, your local Magpie.